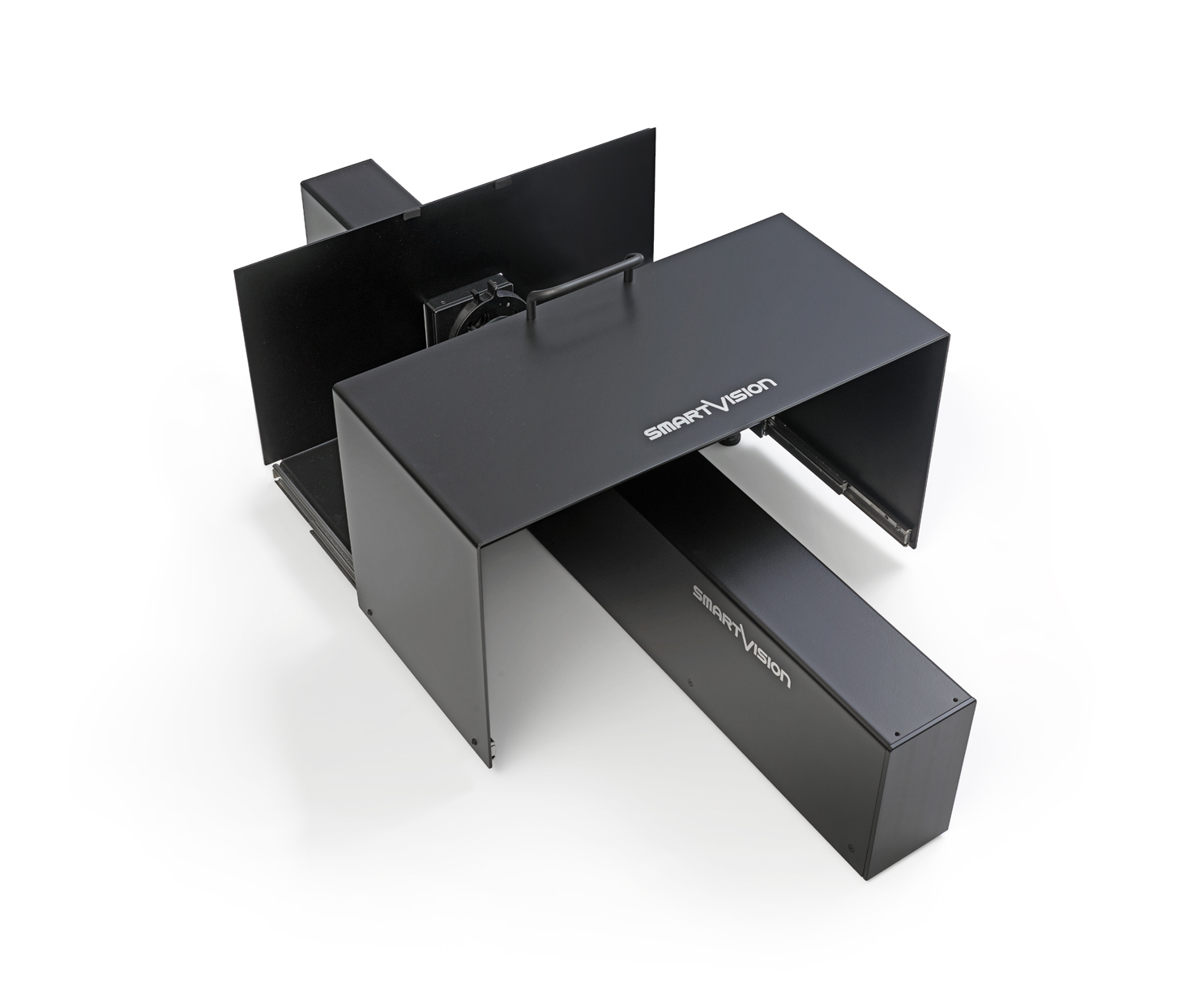 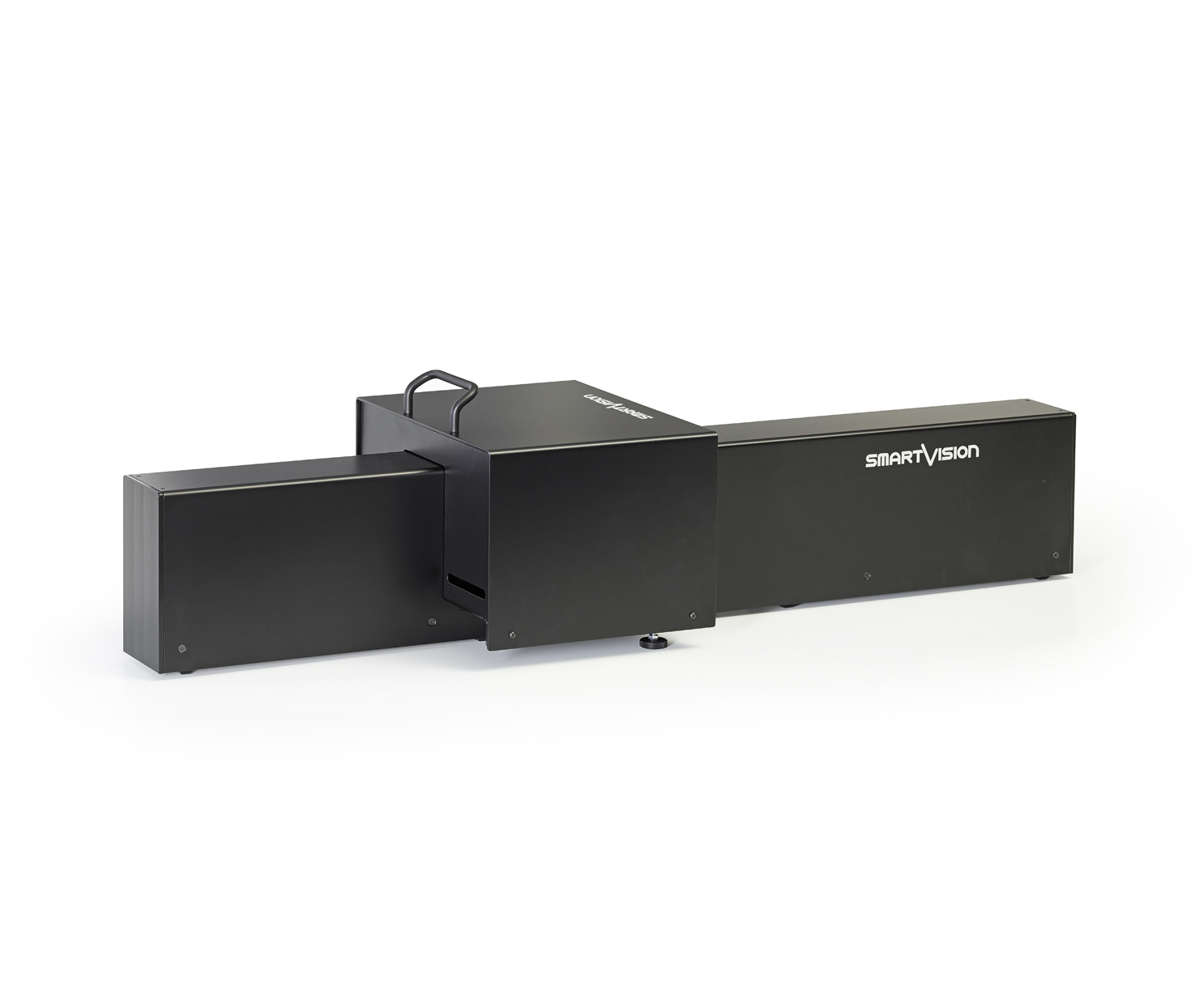 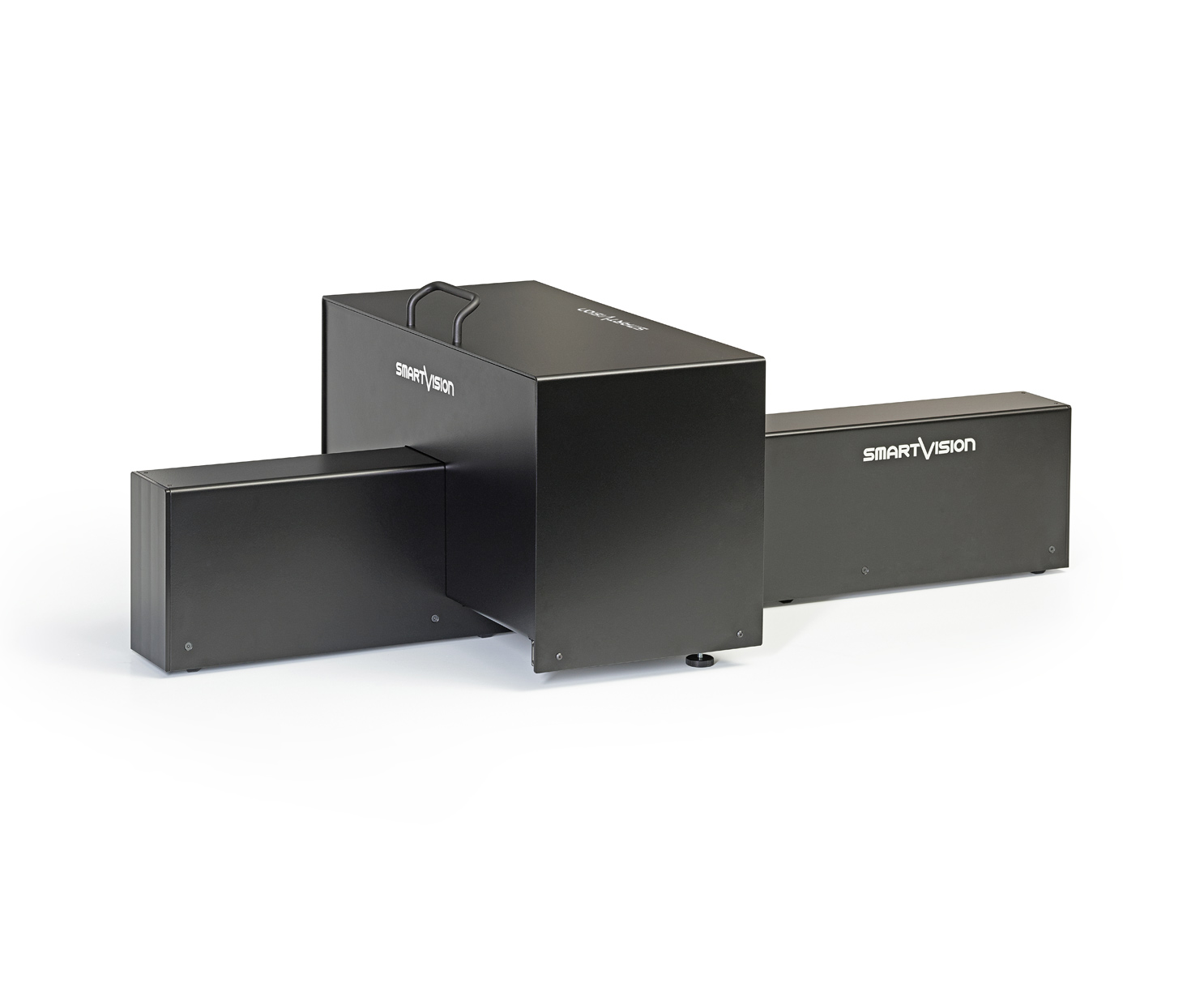 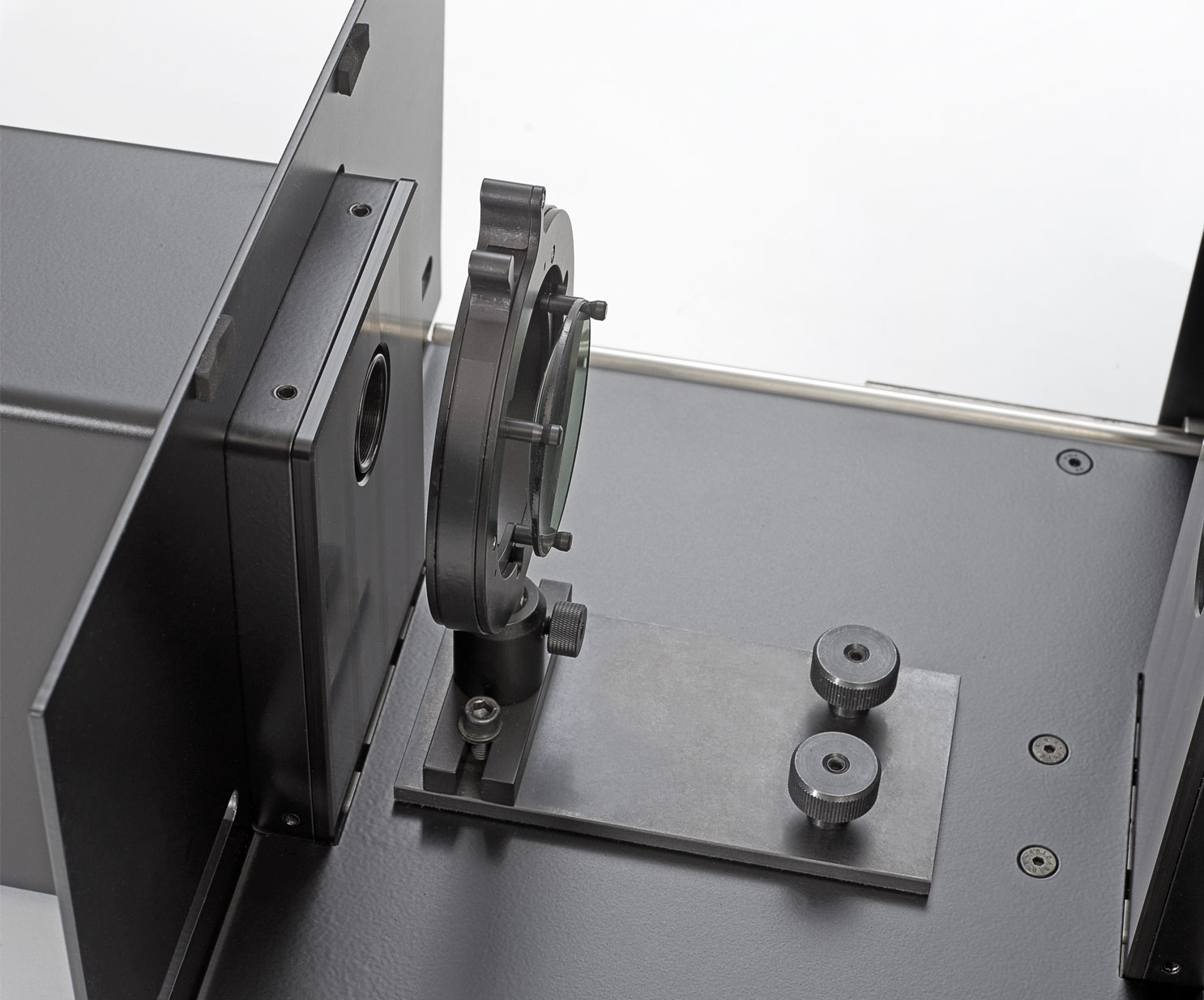 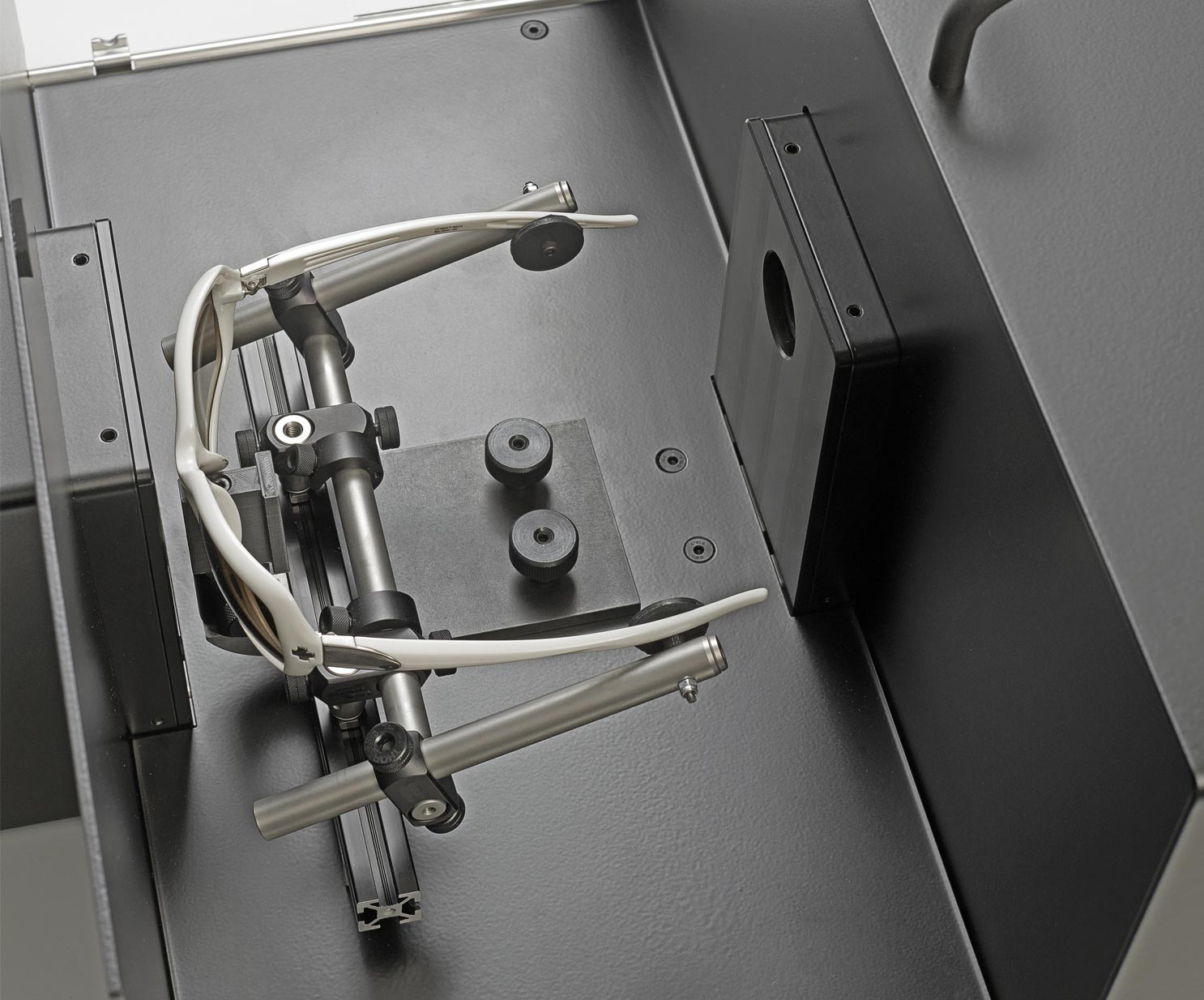 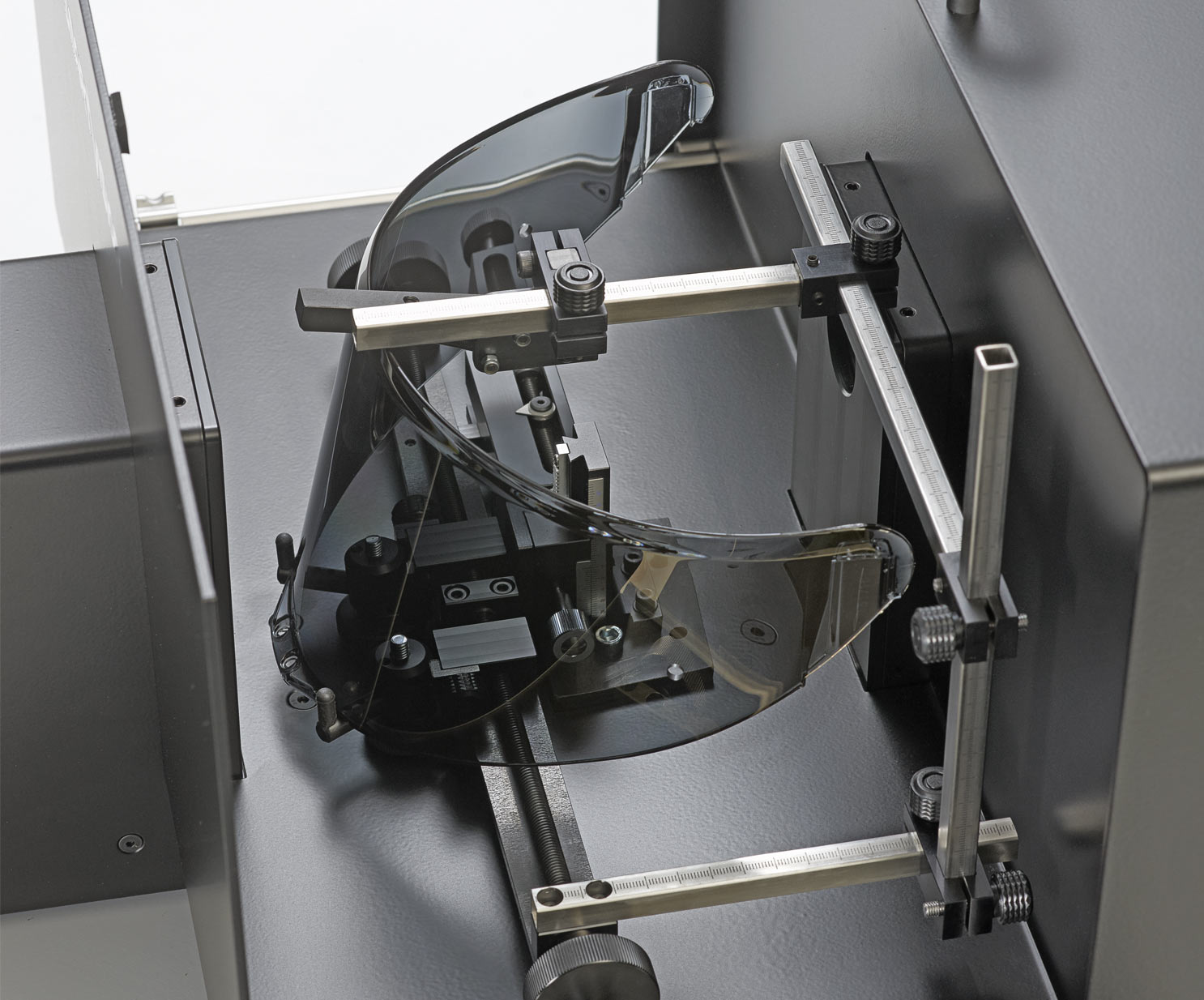 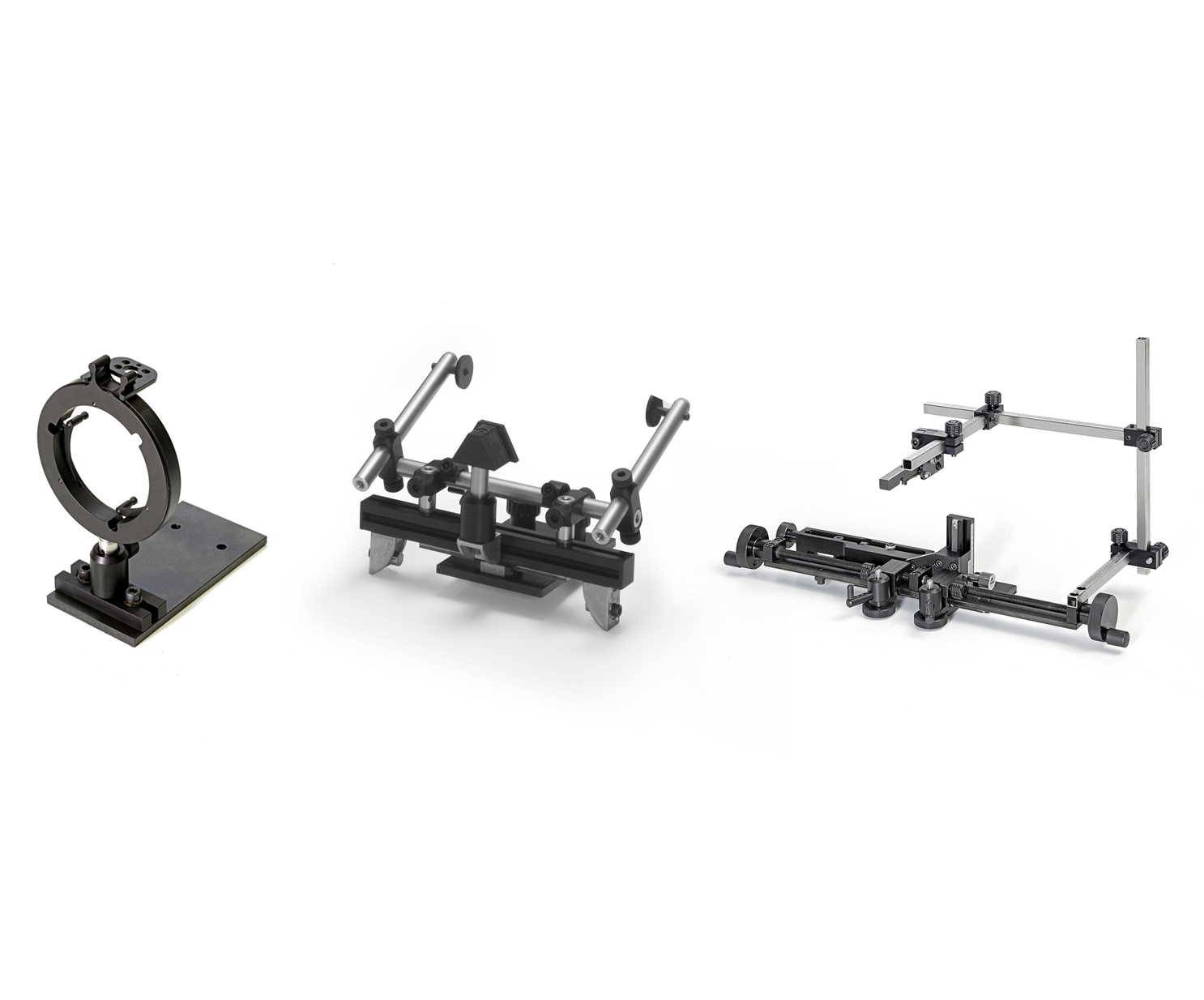 Smart_OptiBench XXL performs fully automatic tests equivalent to Telescope Method to check Refractive Powers for Afocal SunLenses, SunGlasses and Masks in a short time. This innovative System takes objective and repeatable high precision measures for any kind of Afocal Lenses, including Polarized Thermoformed and Mirrored Lenses, with full automatic data report and no need of intervention by the operator.

In one unique device, Smart_OptiBench XXL performs test on both Adults and Kids SunGlasses and Masks and has a adjustable interpupillary distance. Its user-friendly interface shows a simple « Pass / Fail » lamp output, it complies with the main International Standards and does not need input of T%.

Smart_OptiBench takes complete measurements of Refractive Powers for Afocal SunLenses, SunGlasses and Masks. Moreover, it is the only device which can determine the Optical Quality of the Lenses through a Sharpness Index based on MTF method (Optional) and to be completely compliant with International Standards and European Regulation (EU) 2016/425.

Smart_OptiBench is the first Optical Bench that, in addition to measuring Optical Powers (according to different International Standards), is able to carry out an assessment of perception of the contrast as required by new European Regulation Reg. (EU) 2016 / 425.

Test Methods indicated by current harmonized European Standards do not fully cover all the essential requirements described by new Regulation. Specifically, there is no indication of methods to evaluate perception of contrast. This feature was introduced for the first time by Reg. (EU) 2016 / 425 :

Clause 3.9.1 Non-ionising radiation PPE designed to prevent acute or chronic eye damage from sources of non-ionising radiation must be capable of absorbing or reflecting the majority of the energy radiated in the harmful wavelengths without unduly affecting the transmission of the innocuous part of the visible spectrum, the perception of contrasts and the ability to distinguish colours where required by the foreseeable conditions of use.

As is well known, harmonized Standards guarantee the presumption of compliance with Regulation based only to characteristics specifically considered by the Standard. Therefore, the producer is responsible for proving that the essential requirements included in the Regulation, and not included in the Standards, have been also satisfied. 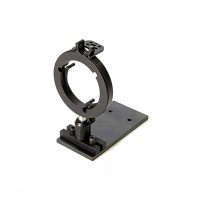 Smart_OptiBench SunLenses
Configuration with a Lens_Holder to measure Optical Refractive Properties and Optical Quality for SunLenses. Self-centering Support to position lenses with diameters up to 80 mm. 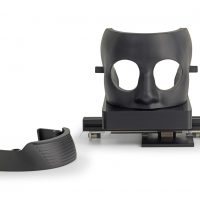 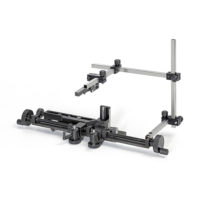 Smart_OptiBench Masks + Visors
Configuration with flexible fixing tool to measure the Optical Refractive Properties and the Optical Quality of Masks and Visors (only available with Box XXL). 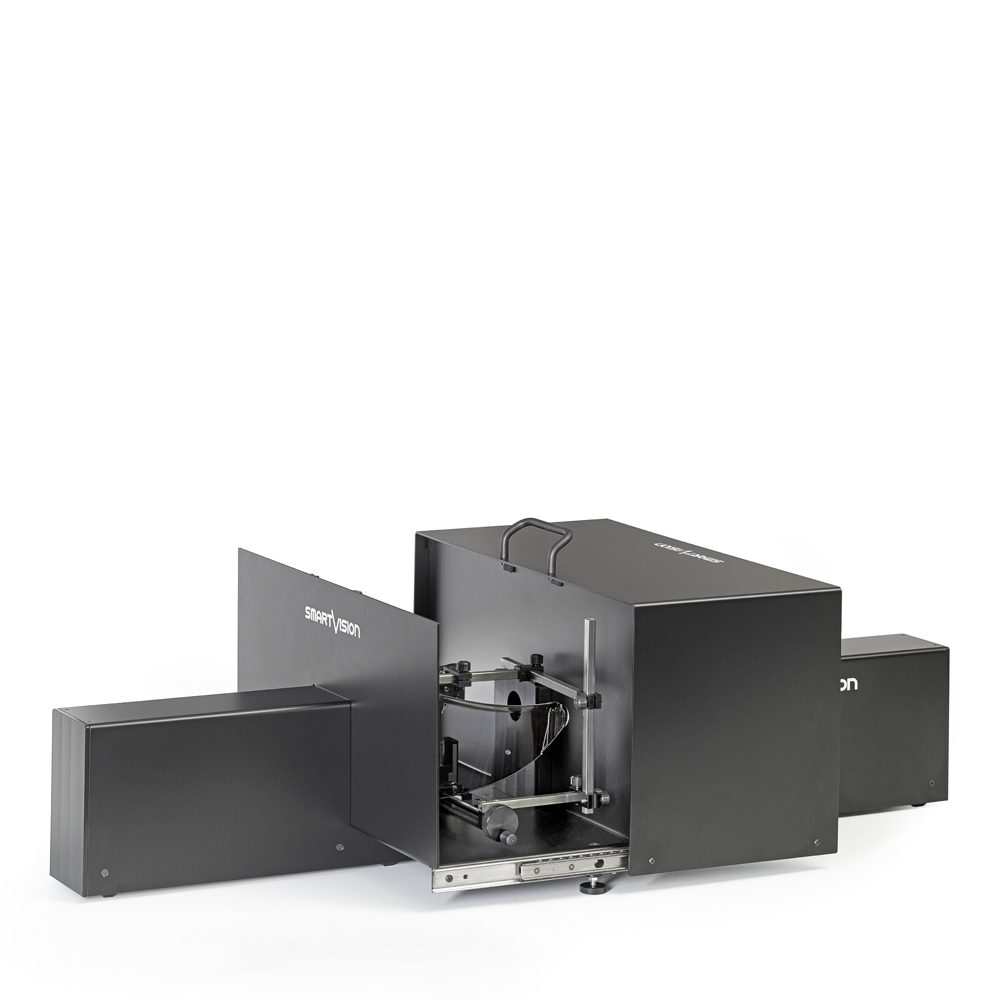 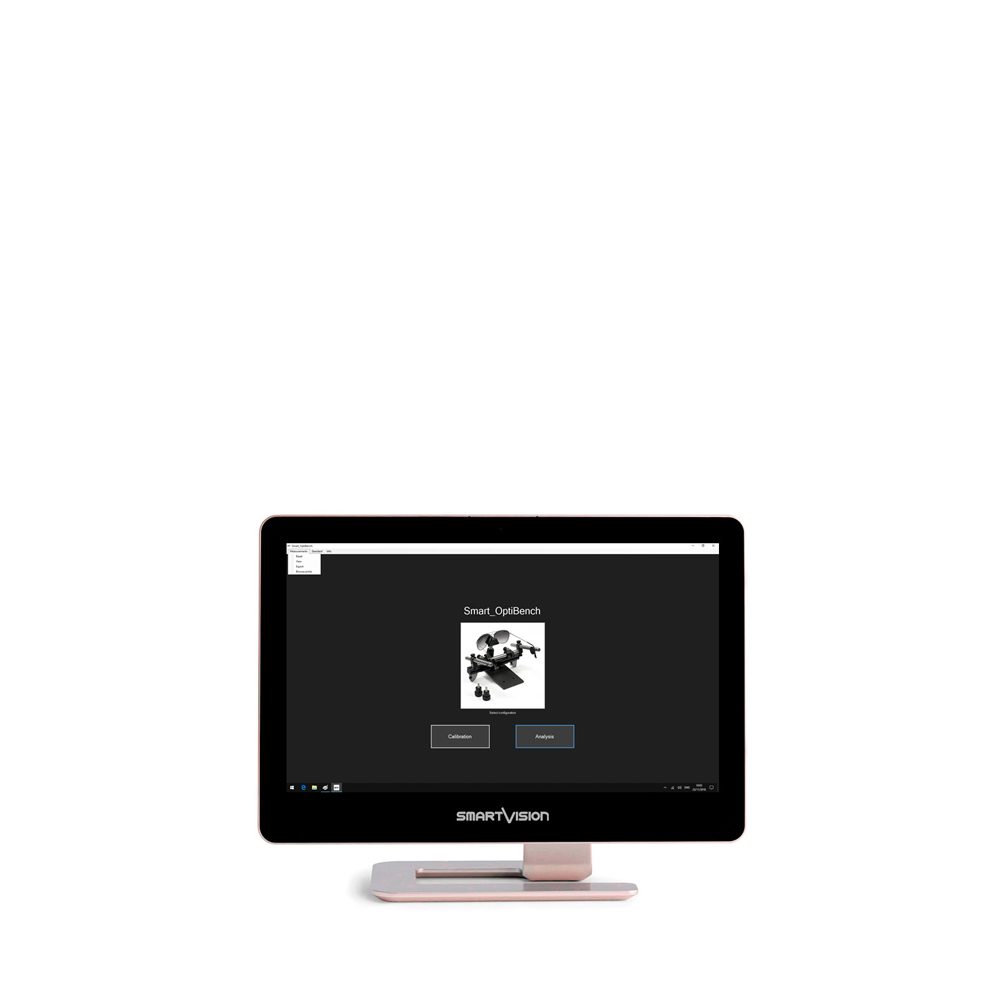